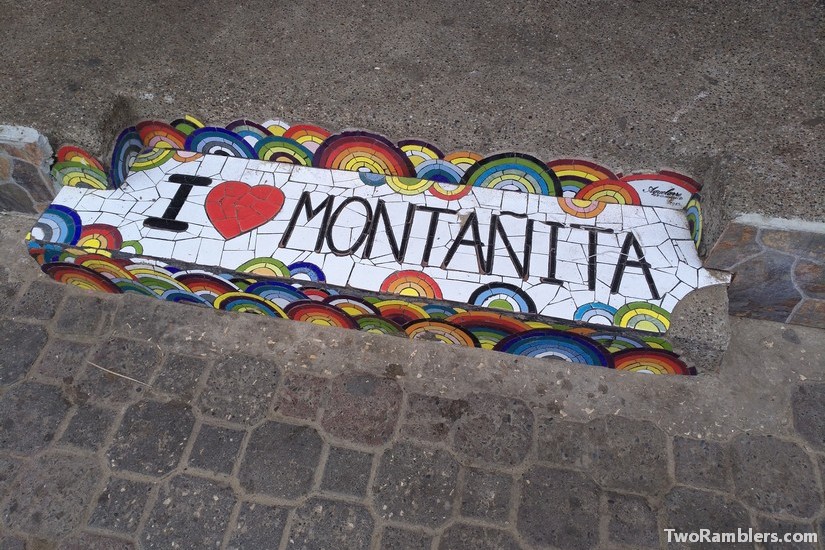 Montañita, a beach town in Ecuador was the second last stop of our trip to South America. We went there to do some volunteering and ended up meeting great people, enjoying the beach and learning a lot about the vegan lifestyle.

It was the first time we used the website Workaway. This platform was launched in 2002 and is a database full of exciting projects from all over the world looking for volunteers. Projects include any kind of work, like farming, building houses, working in hostels or helping with language learning. In exchange for their work volunteers get free accommodation and food from their hosts.

For us using Workaway meant an opportunity to stay a bit longer at the same place and get some rest from packing and unpacking our backpacks. We had been wanting to do this for a long time but never got to it. We had been too busy searching hikes in Patagonia and trying to see so many things in the little time we had. Finally, just before we were going back to Europe we wanted to give it a go. It also meant that we could save some money before heading off to the Galapagos Islands.

We signed up to the platform and the first thing we came across was volunteering at a vegan restaurant called Amor Infinito in a beach town, offering the opportunity to try out surfing. That sounded exactly like the thing we wanted to do. So we wrote an email and the same day we were invited to come.

A few days before actually going to Montañita we did some more research about the town. And started to get worried. It looked like a party town. We read several stories about people who wanted to spend their holidays there at the beach and ended up fleeing from the place because it was just too busy. But by then, it was too late to change our minds and so we went to see.

We arrived on a Monday morning with the bus from Loja and a stopover in Guayaquil. There was a bad smell in the air, a lot of dirt on the streets and at the beach. A few people were stumbling through the town, probably still hungover from a party weekend. The rest of the small town seemed pretty empty. Probably everybody was still asleep.

We walked to the restaurant where we were supposed to meet up with Francisco, the owner. It was at a nice spot at the beach. There were a lot of volunteers but no manager to be found who could have welcomed us. It seemed rather disorganised and we were having some doubts if we were going to enjoy the place.

In the end, some other volunteers brought us to the house where everybody was staying. It was a two storey building with a rooftop terrace where we put up our tent. It stood beside a river with loads of green around us. The trees were full of iguanas. Now and then, they let themselves drop into the river and swim to the other side to find food.

The house was full of volunteers from all over the world. Finally, we also met Francisco who seemed like a very happy and enthusiastic person.

Quickly we realised that our first impressions about the town had been wrong. It had been a weekend with a public holiday. Therefore all the partying. But actually we had come to Montañita outside of the high season and it was rather quiet even in the weekends. Being low season, the sky was often cloudy but it was still warm. And for us who are not big fans of roasting in the sun this was perfect.

Our work was very easy. Kevin worked at the restaurant for three and a half hours every day. The tasks included serving the one meal on offer, going shopping, making empanadas, pizzas and cake. All the food at the restaurant was vegan. They even made some vegan cheese to put on the pizza.

Franziska was mostly babysitting the one year old daughter of the owner of the restaurant. It was a very happy and easy child. She also wrote articles for the restaurant’s website about volunteering and life in Montañita.

We ended up staying for two weeks. The other volunteers were great fun to hang out with. We enjoyed working with them and sitting on our roof top terrace talking until late in the evening. Kevin made his first attempts at surfing while Franziska went for a swim in the warm sea. We ate our lunch at the restaurant and in the evenings tested all the delicious food in the town, often ending up with an ice cream for desert.

When we left we were sad to leave all the new friends we had made. But we were really excited for the last part of our trip: the Galapagos Islands.

Workaway: You can find the platform at workaway.info. There are endless opportunities to volunteer all over the world in all sorts of projects. It is a great way to travel at low cost.